Nothing says summer like a New England Lobster Roll! This classic recipe lets the lobster shine with big chunks of sweet meat, a little mayo, and a touch of lemon. Keep it simple and serve it with a side of chips.

We wait a long time for summer here in New England, and, when it arrives, it is spectacular. Maybe it’s the longing for it that makes it so.

One thing is required when it comes to sunny summer days: The Lobster Roll.

New Englanders are an understated lot, and you’ll see that reflected in this classic summer feast. Just a few ingredients: large chunks of lobster, mayonnaise, and celery, stuffed into a grilled hot dog bun and eaten on a dock near water on a sparkling day! That’s the essence of summer here, with or without the dock. Proust can have his madeleines. I will take a lobster roll.

There is something so comforting about eating a lobster roll on a hot dog bun. It screams summer. It says, “Nothin’ fancy here, folks.” If you want bells and whistles, then take your bacon and avocado and brioche lobster rolls to another table. Yes, New Englanders have attitude aplenty, too.

On Memorial Day, Fourth of July, Labor Day, and our two summer birthdays, our family abandons the burgers and hot dogs in favor of the long-yearned-for lobster roll. But it’s a cheater’s affair.

We rarely start with a live lobster. I mean, you could. You could also start a sandwich by baking bread from scratch. Don’t get me wrong, I might cook a lobster to eat it along with corn on the cob and a hot dog (another New England tradition), but the beauty of the lobster roll is its ease of preparation.

If you are reading this from Minnesota, I apologize. Freshly cooked New England lobster meat purchased locally really is the best. Frozen or canned lobster meat just isn’t the same as freshly cooked lobster, but if that’s what you have access to, you can still make a tasty roll.

Here are three ways to get your lobster if you don’t live in New England:

When looking for lobster meat for a lobster roll you want a combination mostly lobster tails and claws. If you only have tail meat that’s okay, too.

For cooked frozen meat, just thaw in the refrigerator before using. For the uncooked frozen tail, the best way to prepare it is to thaw for 24 hours ahead of time and then steam it in salted water. The time will depend on how large the tail. A three- to six-ounce tail will take about four to six minutes.

How to Prep the Lobster for Rolls

A prized lobster roll has large, bite-size chunks of lobster; so don’t chop it too small. Some lobster rolls are made with just lobster, a little lemon juice, and salt and pepper. Now that’s true understatement.

WHAT IS A NEW ENGLAND STYLE HOT DOG BUN?

Not only do these buns stand upright, but because they are baked in a special pan, they have “whitewall” rather than browned sides. Those sides can be buttered and grilled in a pan.

You can fashion a New England style bun from a regular hot dog bun by cutting a sliver of crust off each side of the bun to square it off, ready for buttering and pan-grilling.

2 Toast the buns: Spread the outsides of the buns with softened butter. Set a skillet or cast iron pan over medium-high heat. Toast the buns for about 30 seconds on each side, or until golden brown.

3 Assemble the lobster rolls: Fill each bun with lobster salad. Serve with potato chips and a wedge of lemon.

Hello! All photos and content are copyright protected. Please do not use our photos without prior written permission. Thank you!

This post may contain links to Amazon or other partners; your purchases via these links can benefit Simply Recipes. Read more about our affiliate linking policy. 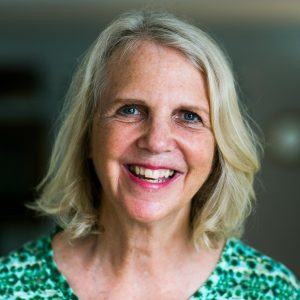 Sally Pasley Vargas is a freelance writer and the author of three cookbooks (Food for Friends, The Tao of Cooking, Ten Speed Press, and The Cranberry Cookbook). She currently writes the column The Confident Cook for The Boston Globe along with seasonal recipes for the Wednesday Food Section.

The Ultimate Guide to Using the Best Citrus

Q & A with Gabriela Cámara

Culture 0
Miley Cyrus and Cody Simpson's big romance didn't quite make it a year. TMZ reports the two have called it quits. According to TMZ’s multiple sources, they split quietly within the last few ..

Technology 0
Read the original post: Google Bans Fortnite From Google Play I was hoping Android wouldn’t get dragged into this mess, but because rules are rules, the following has happened. Fortnite has been ban..

Culture 0
Ta-Nehisi Coates' bestselling 2015 book Between The World and Me is headed to HBO. Deadline reports that Coates' autobiographical book—as well as the 2018 stage show it inspired—will be adap..