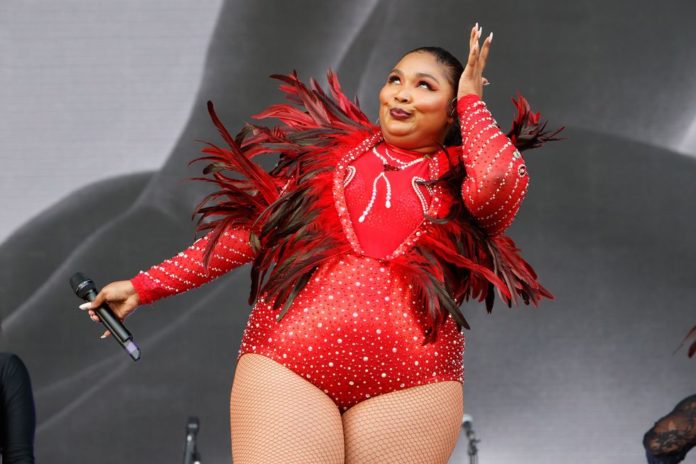 Since bursting into pop culture with breakout songs including "Juice" and "Good as Hell," Lizzo has cemented her place as a musical icon. A truth that doesn't hurt: Lizzo has been serving looks ever since. From showing up to the VMAs in a red sequin "Siren" dress to breaking the AMAs with the tiniest purse on record, her fashion is must-see. Below, all of the times she was 100 percent…well, you know the rest. 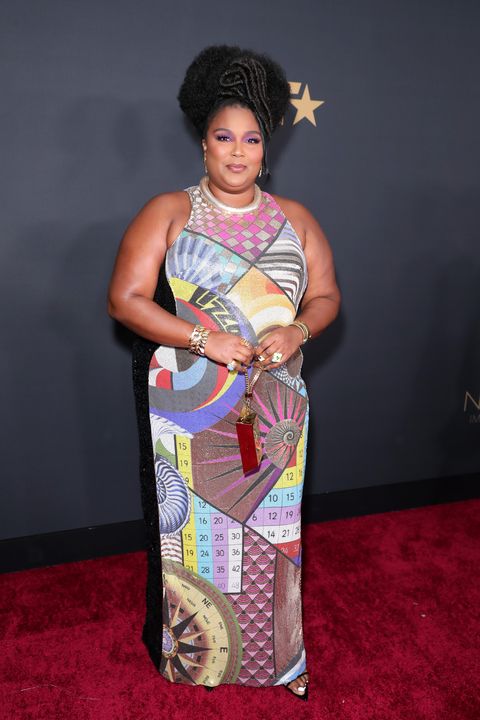 Attending the 51st NAACP Image Awards in a printed dress by Mary Katrantzou.

Wearing a chocolate bar-inspired gown by Jeremy Scott for Moschino at the Brit Awards in London.

Posing in the winner's room at the Brit Awards in a strapless blue sequin gown.

Attending the Warner Music Brit Awards after party in London.

Posing on the Grammy Awards red carpet in a white sleeveless Versace gown.

Opening the 62nd Annual Grammy Awards in a black sequined ballgown with renditions of "Truth Hurts" and "Cuz I Love You."

In a shiny Atelier Versace ensemble with her trophies for Best Traditional R&B Performance award for "Jerome" and Best Urban Contemporary Album award for Cuz I Love You (Deluxe).

Performing in a tulle gown with a slit for the American Music Awards.

Walking the American Music Awards red carpet in a ruffled Valentino dress while carrying the tiniest purse on record.

Performing onstage during the 7th annual We Can Survive event at the Hollywood Bowl, wearing pinstripe pants with an ode to one of her most famous lyrics.

Performing during the ACL Music Festival in Austin, Texas.

Attending the Revolt Summit after party at Compound in Atlanta.

Laughing at an Absolut Juice afterparty for her Miami Beach, Florida concert.

Singing at Philadelphia's Made in America festival.

For her final outfit of the evening, she wore a purple prom-inspired gown at the MTV VMAs.

Underneath a trench coat, she wore a sparkly yellow outfit and matching combat boots to perform at the VMAs.

Wearing a laced-up two-tone trench coat for her performance at the MTV VMAs.

At the MTV VMAs wearing a strapless red sequined gown with the word "Siren" emblazoned on it, made by Jeremy Scott for Moschino.

Appearing on the Today show in a sparkly striped midi dress.

In a sequined feather outfit while performing Lovebox 2019 in London's Gunnersbury Park.

Attending the BET Awards in a look by House of Holland.

Why I Love the Chef’n DishGarden Dish Rack

How to Fry an Egg