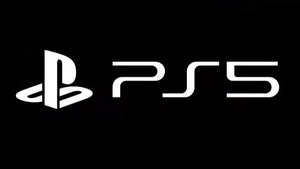 Earlier this week, confusion arose when PlayStation 5 lead architect Mark Cerny appeared to suggest that only a limited number of PS4 titles would be backward compatible with the new console. Now, however, Sony has moved to assure consumers that the "overwhelming majority" of PS4 titles will be playable on PS5.

"Running PlayStation 4 and PlayStation 4 Pro titles at boosted frequencies has added complexity," Cerny explained during his hour-long deep dive into the PS5's tech on Wednesday, "The boost is truly massive this time around and some game code can't handle it."

As a result, said Cerny, testing has to be done on a title-by-title basis. "We recently took a look at the 100 top PlayStation 4 titles as ranked by playtime," he continued, "and we're expecting almost all of them to be playable at launch on PlayStation 5."

Some onlookers, understandably given Cerny's choice of words, took that to mean PS5 users might only have access to a limited selection of the top PS4 titles through backward compatibility at launch – a far cry from Microsoft's pledge that Xbox Series X users will be able to play every non-Kinect Xbox One title, and "thousands" of original Xbox and 360 games.

However, Sony has now moved to clear earlier confusion, updating its recent blog post to offer assurances that it has currently tested "hundreds" of PlayStation 4 games and believes "the overwhelming majority of the 4,000+ PS4 titles will be playable on PS5".

"We're expecting backward compatible titles will run at a boosted frequency on PS5 so that they can benefit from higher or more stable frame rates and potentially higher resolutions," the company wrote, "We're currently evaluating games on a title-by-title basis to spot any issues that need adjustment from the original software developers.

"In his presentation, Mark Cerny provided a snapshot into the Top 100 most-played PS4 titles, demonstrating how well our backward compatibility efforts are going. We have already tested hundreds of titles and are preparing to test thousands more as we move toward launch."

Sony says it will provide updates on backward compatibility, along with further information on the PlayStation 5, in the coming months.

Fall Guys was secretly exiling ne’er-do-wells to a special Cheater Island, but not any more

Here’s what’s heading to Game Pass on PC, Xbox One, and Android in September

Stardew Valley creator opens up about the possibility of a sequel