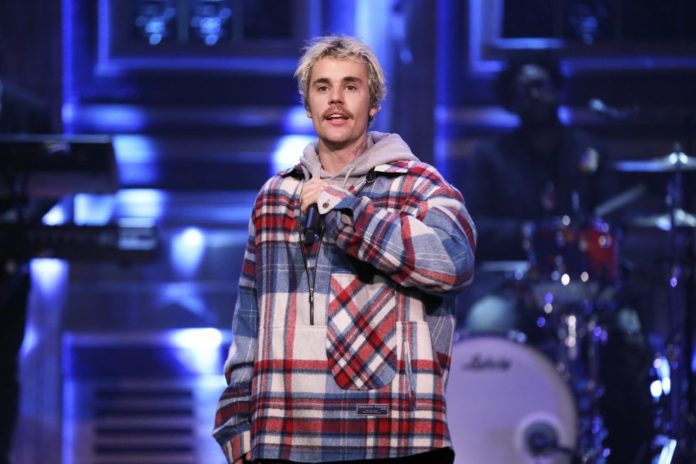 While sheltering at home, celebrities are getting creative with their charitable endeavors. This week, A-listers like Justin Bieber, Leonardo DiCaprio, and Ciara began posting about the All In Challenge. Basically, it's a way to fundraise money for those facing food insecurity because of the coronavirus pandemic by auctioning off celebrity experiences. Created by sports retailer Fanatics, the initiative aims to be "the world's largest digital fundraiser in history" and has already raised more than $7 million toward that goal. Below, everything you need to know about the trend—and how you can donate.

What is the #AllIn challenge?

The challenge is a virtual fundraising tool where performers and athletes offer up items or experiences in an auction or giveaway. All of the proceeds go to nonprofit organizations that combat food insecurity, including Feeding America, Meals On Wheels, World Central Kitchen, and No Kid Hungry.

Fans can bid on a celebrity's prized possession or enter to win an in-person experience with them on the official All In Challenge website. Participants may buy 10 entries for $10 and up to 200 entries for $200. There is no limit on how much money you can donate. Winners will be notified via phone or email after the drawing or bidding period has ended. Celebrities have been announcing their All In challenges in videos on social media and nominating other celebs to join the effort.

Leonardo DiCaprio, who co-founded America's Food Fund, is auctioning off a walk-on role in his upcoming Martin Scorsese movie alongside Robert De Niro:

How did it start?

The trend began circulating on Tuesday, April 14 and was started by Fanatics founder and executive chairman Michael Rubin, alongside Alan Tisch and Gary Vaynerchuk. The challenge is operated by the All In Challenge Foundation and utilizes the company's connections with high-profile athletes and entertainers. Early adopters of the movement included Kevin Hart (who's offering up a role in his next movie) and Justin Bieber, who will serenade a lucky winner with an at-home rendition of "One Less Lonely Girl."

Which celebrities have participated so far?

There have been a long list of celebrity participants from actors to athletes. On the musician front, Drake is providing a ride on his private jet, Air Drake, and tickets to a future concert. Ciara and her pro-footballer husband Russell Wilson are auctioning off a double date. Rapper Meek Mill plans to gift his custom 2018 Rolls-Royce Phantom to a lucky winner.

Talk show hosts from Jimmy Kimmel to Ellen DeGeneres are also offering gigs on upcoming episodes of their shows. If you're obsessed with TikTok, enter to make content with Charli D'Amelio. And if you're athletically inclined, experience a University of Texas football game with Matthew McConaughey.