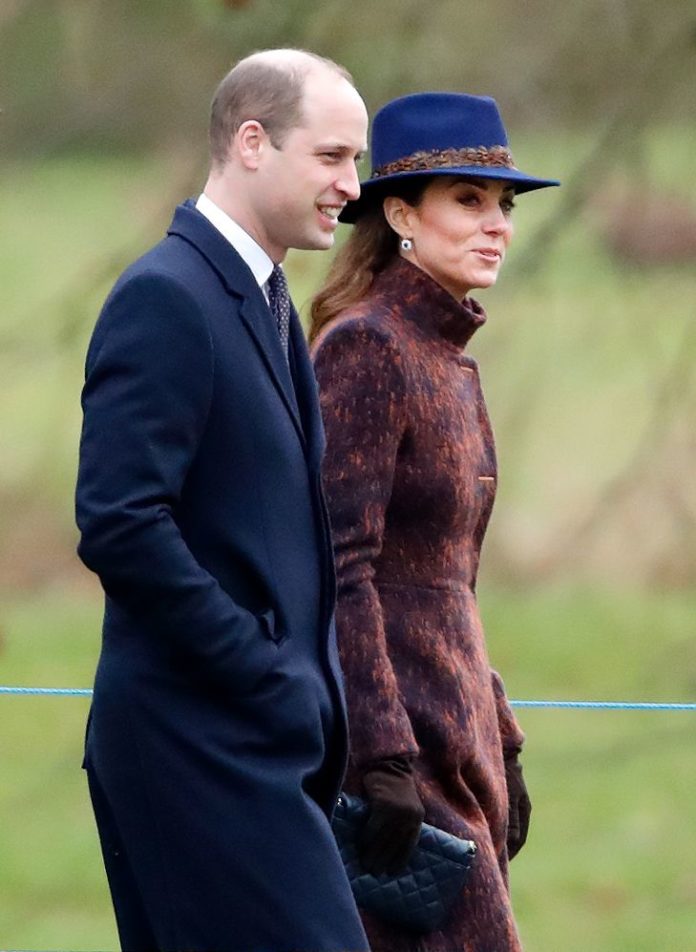 Kate Middleton and Prince William stepped out on Sunday morning for church at St. Mary Magdalene Church in Sandringham, Norfolk. Kate wore a purple coat paired with a navy trilby hat and brown suede boots. But she wasn't alone when she woke up this morning and thought, "Yes! I'll wear purple to church today!" (one can only assume this is exactly what she thought). Queen Elizabeth wore a plum skirt and jacket with a matching hat and brooch.

The Daily Mail's Rebecca English pointed out the similarity between the two royals.

Hello! reported that the Cambridges will head back to London today, where Charlotte and George, who were not in attendance at church this morning, will start school again. Although the children were likely at Anmer Hall, where the family stays while they are visiting Sandringham, the royals had a pretty big group with them this morning. Family friend and Norfolk neighbor Rose Hanbury, with whom Prince William was rumored to have had an affair last year, was also in attendance with the royal family, per the Mail. Hanbury was with her husband, David.

Last week, the Queen went to church with her daughter, Princess Anne, Prince Charles, and son Prince Edward, where the monarch wore a yellow coat with black trim. The whole family, minus British Columbia vacationers Prince Harry and Meghan Markle, celebrated the season with the royal family. Prince Philip has not been seen at a public outing since he was discharged from the hospital on Christmas Eve.

On Christmas Day, Kate and William went to church service with Prince George, six, and Princess Charlotte, four, who attended the special service for the first time. That day, Kate admitted to royal fan, 19-year-old Rachel Anvil, that she was probably not dressed appropriately for the weather, which was on the warm side.

Anvil's mother told Metro: "Kate was talking to my daughter about clothes and how she was feeling too hot. She said, 'I really shouldn’t have worn this.'"

Hilary Weaver Hilary Weaver is a freelance writer based in New York who writes about politics, queer issues, Meryl Streep, Glenn Close, and every woman the Queen has ever made a dame.