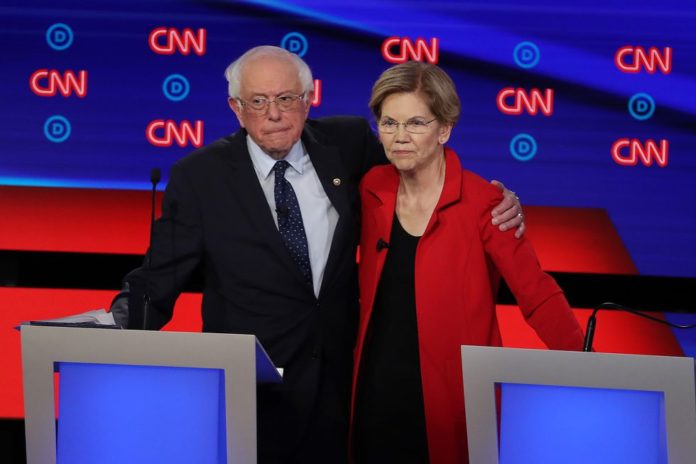 If a primary contest is held to determine which candidate voters actually want to see elected, then Senator Elizabeth Warren is currently in the lead for the Democratic nomination.

Of course that isn’t what the polls say — Joe Biden is consistently ahead. But those same polls tell us why, and it has nothing to do with which candidate voters want to make the next President of the United States. Democratic voters are choosing Joe Biden because they believe he is the most electable.

The problem with this brand of logic is that it literally never works. We are historically terrible at predicting electability. We do not know who our neighbors would vote for, much less communities from states we’ve never visited, in industries we’ve never worked in, with backgrounds we don’t share.Barack Obama was not seen as electable until the people of largely white Iowa went and voted for him overwhelmingly. Donald Trump was the definition of unelectable until he won.

Mitt Romney, John Kerry, and Hillary Clinton were the “safe” choices for their parties in the years that they lost. Bill Clinton and George W Bush were the risky ones before they became two-term Presidents. I’m not saying Mitt and Hillary were the wrong choices, or that George and Bill were the right ones. I’m saying that we are very, very bad at knowing who will actually win an election.

Adding to the absurdity, these polls aren’t even talking to the voters who will ultimately make the decision between Trump and whoever Democrats put up. We simply do not know who the 2020 electorate is. Turnout has soared since 2016. The U.S. usually maxes out between 55-58% participation in a presidential election. If that becomes 65% or even 70% we are playing on a brand new field with a lot more progressives suited up.

Thank that sounds naive? Usually about 40% of us show up for a midterm election. The 2018 midterms reported the highest turnout ever at 53%, with the new folks coming from Democratic demographic strongholds.

So if we are historically terrible at predicting who can win, and the polls we base that guess on are measuring an outdated cast of voters, why are we currently determining our nominee based on this idea of electability?

A lot of it isn’t our fault. Our media coverage is tilted towards speculation about who will win, instead of providing the information that voters actually need to make an informed choice. There is less coverage of the substance of a policy proposal than how that proposal is likely to play out politically.

Pollsters are explicitly telling us over and over again that there’s a choice between supporting someone whose policies you like and supporting someone who can beat Donald Trump.So polling firm Avalanche Research found a creative way to remove the electability question from the equation: they asked voters if they had a magic wand, who would they want to see become President. The frontrunner magically switched from Joe Biden to Elizabeth Warren.

The electability trap isn’t just faulty logic; it has a direct negative effect on women candidates. Obviously we see men as more electable than women; men have been elected 100% of the time; only one woman has ever received her party’s nomination and she lost.

Men are allowed to gaffe over and over again and be seen as the safe choice. They’re allowed to run and lose multiple times and still claim to be the most electable. There are women running who have never lost a single election, even when challenging Republican incumbents. But until the country puts one in the White House it’s impossible to say for sure that can happen, making the question of “electability” one that only measures the biases of those asking it.

The last election, in 2018, was characterized most sharply by a tidal wave of women running for — and winning — offices to which a woman had never been elected. The only woman to ever win her party’s nomination wound up winning more than 3 million more votes than her opponent. America is willing to vote for women. That ought to make the question moot, but it keeps rising from the dead, infecting the population of voters who have been taught to think “sure we keep voting for women, but will we this time?”

The truth is there is no safe choice.

I understand the fear. The last three years are enough to make anyone question reality. I miss sleeping through the night. I miss reason.

Believe me, I want a safe choice. If I thought Joe Biden was one, I’d be knocking on doors for him already.

Winning in 2020 is going to be hard. But Donald Trump is the weakest incumbent president of our lifetime. Right now there’s no evidence that any of our frontrunners can’t take him on and win.

But beating Donald Trump isn’t even the end game here. We only got Trump because our country wasn’t ready to confront the racism and misogyny that still hold so much power over us as a people. We need someone who understands that grievous wound and has actionable plans to address it. If you believe that person is Joe Biden, please vote for him. If you believe it’sElizabeth Warren, vote for her. If you want to see Bernie Sanders elected President, vote for Bernie Sanders. Vote for Cory Booker if you love his message of unity, for Kamala if you want her in charge of the problems keeping you up at 3am. Vote for Pete Buttigieg if he’s the candidate who speaks the most to you, or Amy, or Juliàn, or Kirsten.

The truth is we don’t know who’s electable. So don’t fall for it. Vote for the candidate you actually like— after all, that’s the only way they can win.