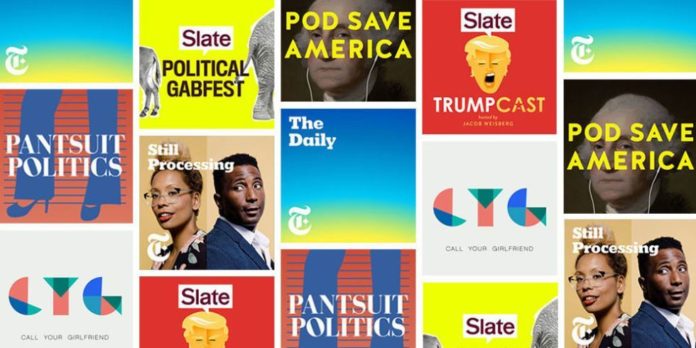 Today's Top Stories 1 All the Looks From the 2019 MTV VMAs 2 Designer Isabel Toledo Dies at 59 3 Vote for the Candidate You Actually Like 4 What Is the #DMXChallenge? 5 Jillian Bell Talks 'Brittany Runs a Marathon'

The political landscape seems to have morphed into something unrecognizable in the past few years. A president who doesn't conform to the usual mold, and an ever more divided battleground has left wonks, insiders, and the average person feeling totally befuddled. There's no better time to get acquainted with podcasts that get to the heart of daily news and its broader context. Here are 12 of the best.

If you don't think you can handle dramatic renditions of Donald Trump's tweets, then this podcast is certainly not for you. But if you can stomach the (scarily on-point) impressions by John Di Domenico, this "quasi-daily" report on the president's doings (Can he pardon himself? How above board are the actions of his family members?) is a great tool for the regular person who is just trying to figure out exactly what #45 is doing. The president's statements and actions reportedly bamboozle his own staff and experts, let alone people who don't have an intimate relationship with politics, and Trumpcast helps us make sense of his declarations by way of analysis by pundits from the worlds of politics, law, and journalism. 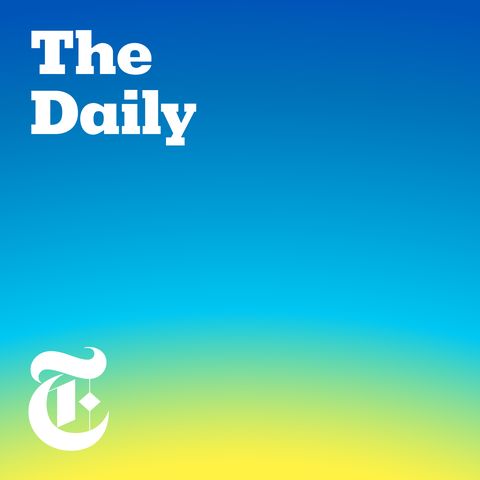 The New York Times' daily podcast might just take the place of your morning radio listening. Michael Barbaro recaps the day's news in half an hour or less, providing digestible takes on what you need to know about Washington, foreign affairs, economics, and the players whose names appear in headlines. The gravy comes from Times reporters who dive a little deeper into ongoing investigations, steered by questions from Barbaro that make complicated issues way more approachable.

For a New York Times podcast of a different stripe, try Still Processing. Wesley Morris and Jenna Wortham discuss pop culture through a political lens that America all but requires. Sure, they might riff on War for the Planet of the Apes, but the hosts will also consider science fiction and its relationship with morality and technology more broadly. Or, as in one episode, they might perform a survey of blackness in television and film from the past 30 years. It's lively and essential listening.

It's not a political podcast, per se. But this weekly chatfest between long-distance besties Aminatou Sow and Ann Friedman covers everything smart feminists might want to discuss with their friends, from Moon Juice to gender roles in boy bands. But we've included it here because it does often incorporate explicitly political content—for example, a couple of episodes focused on women running for office (an idea we love, obviously), with the not-so-secret agenda of "how to get more women elected in office in America," according to Sow. And yes, the theme song is exactly what you think it is.

There aren't that many politics podcasts hosted by two women, let alone two women from opposite sides of the aisle. Pantsuit Politics features Sarah Stewart Holland from the left and Beth Silvers from the right; if you've ever found it difficult to contemplate conversing about political issues with someone whose party allegiance differs from yours, the respectful, constructive tone of this twice-weekly podcast is a great model. If Holland and Silvers agree on anything, it's that many of the president's deeds deserve critique from both sides, and their rapport is a good reminder of what political discourse can look like. Remember: This is not normal.

Now for a classic: Slate's Political Gabfest began in 2005, and while it's hard to imagine hosts John Dickerson, David Plotz, and Emily Bazelon thought they would still be in the chair—discussing the presidential antics of Donald Trump, no less—their collective expertise and long-honed dynamic makes for a vigorous hour each week. But don't think that just because they've worked together for over a decade, the trio are ringing it in. While the hosts seem completely simpatico, their conversations can get spiky—which is as it should be for topics of national and international importance. Passionate, informed, and articulate debate make this a don't-miss pick.

For a podcast that only started in 2017, Pod Save America has an impressive following. But that might be because it's a new iteration of the beloved election-tracking podcast Keepin' It 1600. Former White House aides Jon Lovett, Tommy Vietor, and Jon Favreau are insiders, and it shows: For one, they managed to snag an exit interview with Barack Obama himself. The hosts' relaxed, easy patter belies the wealth of Washington learnings they bring to the table, which they use to give current news a more personal touch. If you want to get at the humanity behind the senatorial numbers and caucus minutiae, give these guys a whirl.

If the 2020 election already has you feeling muddled and anxious, FiveThiryEight Politics, which takes an in-depth look into every facet of the coming presidential election, will inevitably help you sort out your thoughts. The podcast is released every few days, and you can go back and listen to the show’s “theory of the case” for each 2020 candidate to hear a bit of background for every person. Then follow along for more recent updates, including the reasoning behind Elizabeth Warren’s rise in the polls, the importance of Iowa, and a breakdown of each Democratic debate.

Pod Save the People

Activist DeRay Mckesson hosts this weekly show that goes deep on politics, as well as news, culture, and social justice. Activists Brittany Packnett and Sam Sinyangwe and writer Clint Smith also join to discuss the weekly news. While the show might not always get into the nitty gritty of 2020, the conversations are wide-ranging and the topics newsworthy and surprising, giving you the information you need to approach the nation's political conversation with a more nuanced lens.

Sean Rameswaram hosts Today, Explained, which for all intents and purposes is essentially Vox’s version of The Daily. A five-days-a-week, no frills show, Today, Explained goes over the biggest news of the day in concise episodes that clock in under 30 minutes. If you’re trying to become more politically aware, but only have your work commute to do it, this is the show to consider.

And if you need something even snappier, NPR’s Up First is available every weekday morning by 6 A.M. and are all less than 15 minutes. Similar to The Daily and Today, Explained, the show gives an overview of the day’s top headlines. While you won't get in-depth reporting, think of Up First as your primer for the day.

Washington Post's Can He Do That?

Well, can he? While most of the podcasts on this list will inevitably discuss the Trump administration, the Washington Post’s Can He Do That? is laser-focused on the 45th president. The title alludes to a question most of us have asked ourselves at one point during the last few years, and the show attempts to answer it, from whether Trump can actually buy Greenland to what exactly the relationship is between the president and the attorney general. And notably, the show is anchored by Allison Michaels, one of a handful of women hosting a topic political podcast of the moment.

Estelle Tang Senior Editor Estelle Tang is the Senior Editor covering culture and entertainment at ELLE.com—including TV, movies, books, music, and Adidas tracksuits. Madison Feller Madison is a staff writer at ELLE.com, covering news, politics, and culture. Advertisement – Continue Reading Below Part 1: Two Sisters and the Terrorist Between Them Part II: Two Sisters & the Terrorist Between Them Advertisement – Continue Reading Below Vote for the Candidate You Actually Like Trump, Bond Villain, Wants to Nuke a Hurricane The First Alleged Space Crime Is Petty as Hell Your Guide to Who's Running for President in 2020 The Amazon Rainforest is Burning—Why It Matters Your Guide to the 2020 Democratic Primary Debates Elizabeth Warren Met Her Doppelgänger at a Rally Buckingham Palace's Statement About Prince Andrew